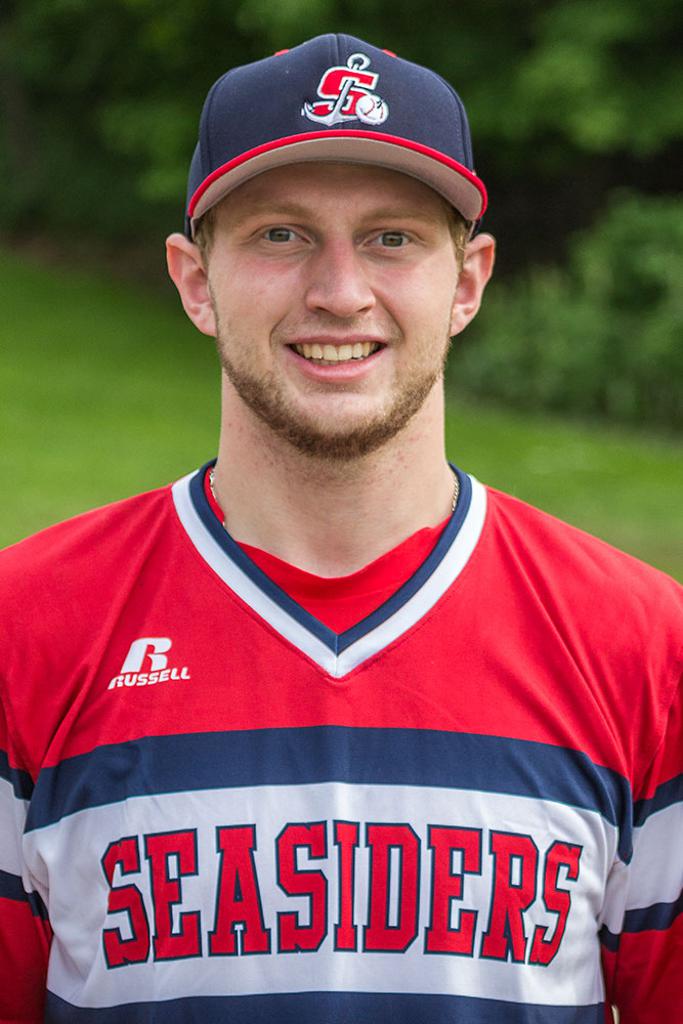 Coach McCrystal played for Colby Sawyer, along with Coach Tim Unczer, as a catcher for the Broncoes. Dan is two-time GNAC All-Academic Team, and will be very good with our overall development of student-athletes! Coach Dan spent this Fall coaching the catchers during Vikings Fall Ball and working with the hitters as well. Coach McCrystal had a very successful first season at the 14u level and we are excited to continue to have him on the staff for the foreseeable future!

As a junior: McCrystal started nine times behind the plate in the shortened 2020 season. He caught a one-hit shutout with 10 strikeouts by teammate Kaelan Close in a win over D’Youville. McCrystal earned his second nod to the GNAC All-Academic Team.

As a sophomore: McCrystal played in all but three of the team’s 35 games in 2019. He started 31 times as the primary catcher. He was fourth on the team with a .284 batting average. He led the team with 18 RBI and was second with a .385 on base percentage. Behind the plate, he threw out an impressive 16 would-be base stealers. McCrystal was named GNAC All-Academic.

As a freshman: McCrystal started seven times in 14 appearances. He got his first collegiate hit on March 14 against Anderson.

At Alvirne: McCrystal earned varsity letters in baseball and basketball for the Broncos.